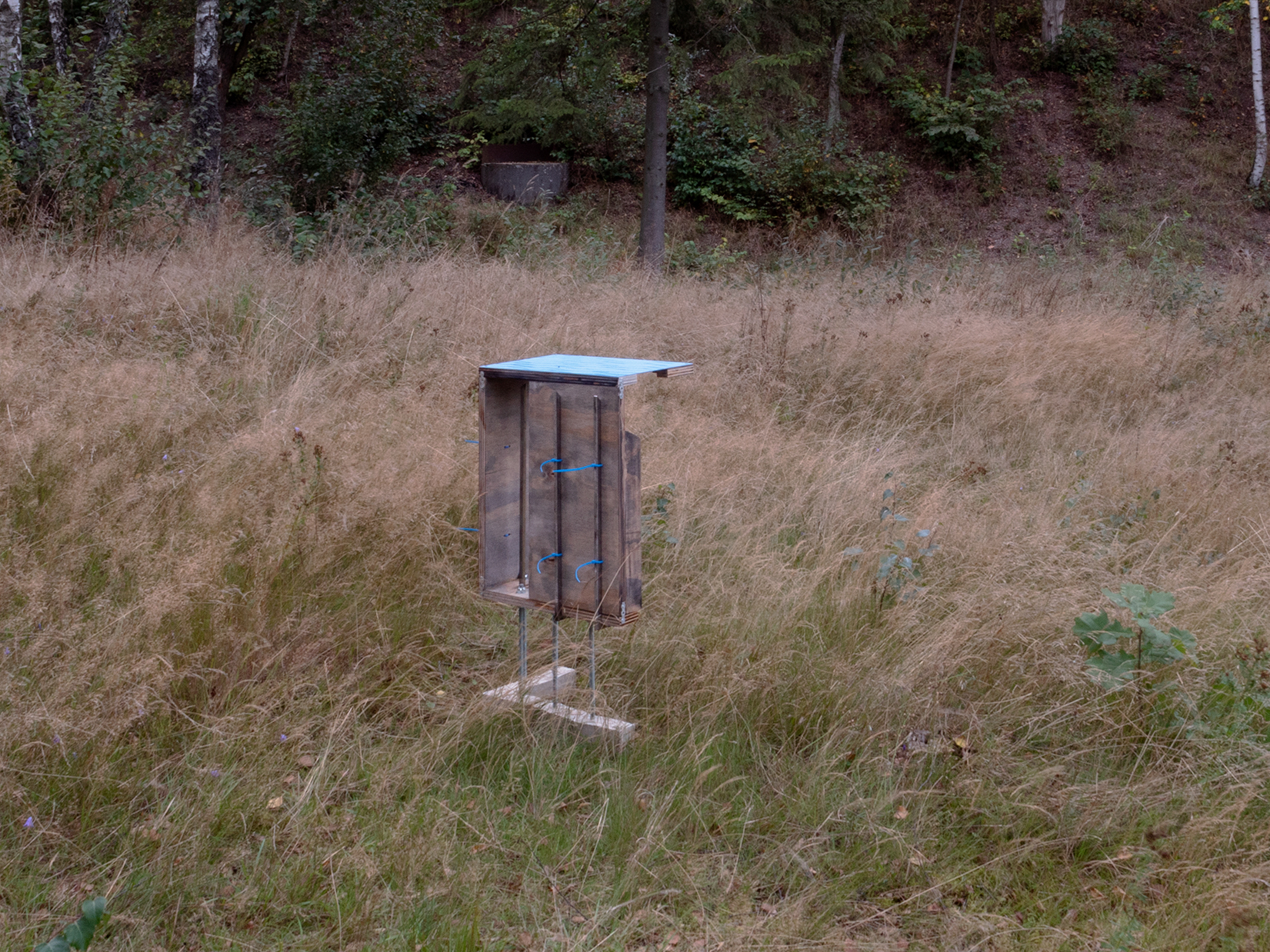 "Different locations can be in a state of becoming, or some times of having been something. As when thinking of a quarry, all the material that has been removed from the ground, and where it might be now, often comes to mind. The photographic element of this work is from a photograph taken of a poster outside a mall in Malmö. The posters depict sketches of what the the building will look like after its renovation is done – a project which has almost stagnated. As time goes on the posters tell a story about a permanent impermanence, a sentence that was never comp–.

Through this work an attempt is made to get close to the incomplete or in-between. The sculpture becomes a sort of actor, emulating the appearance of having been something or to be in the process of becoming something else." 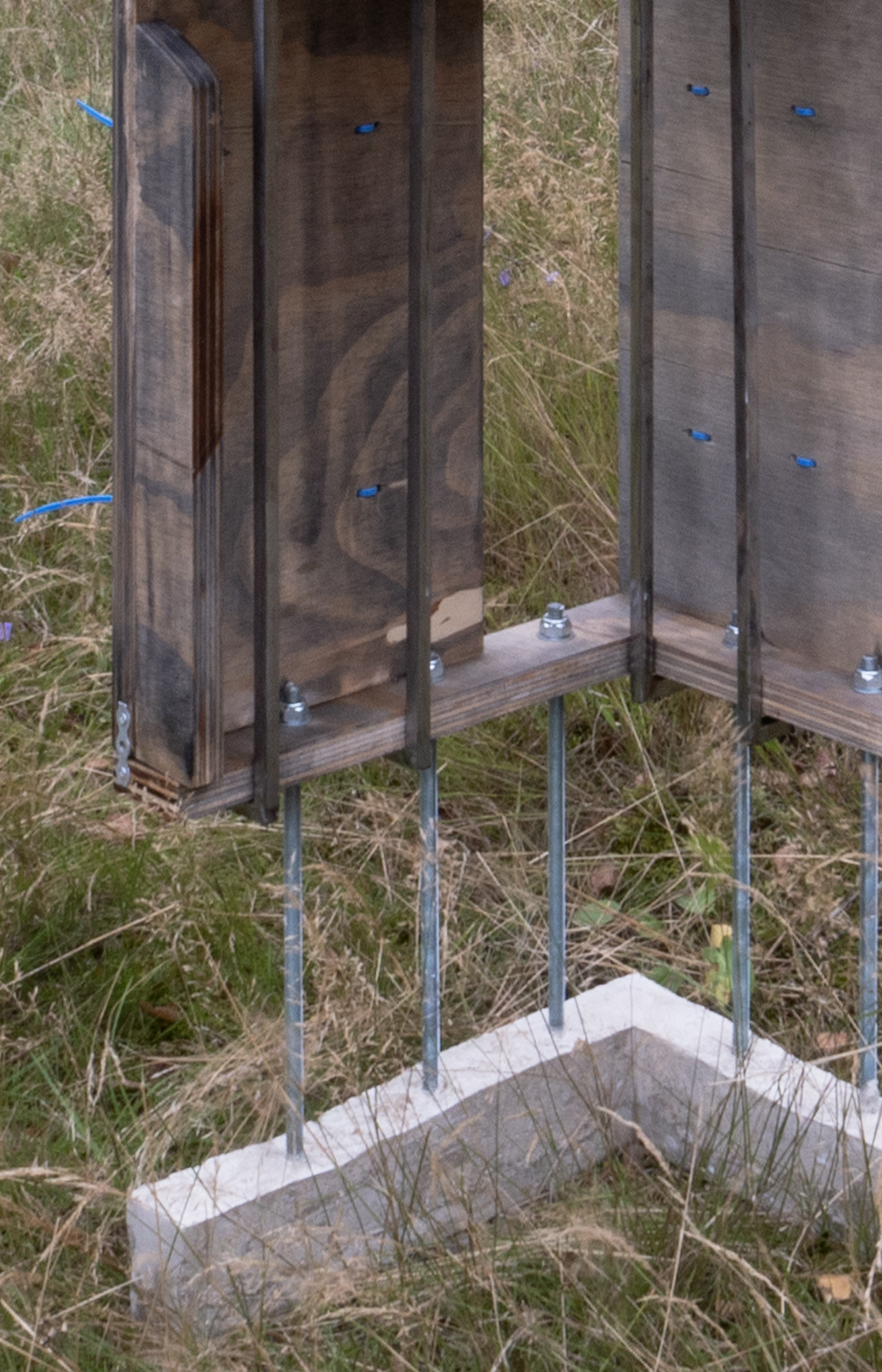 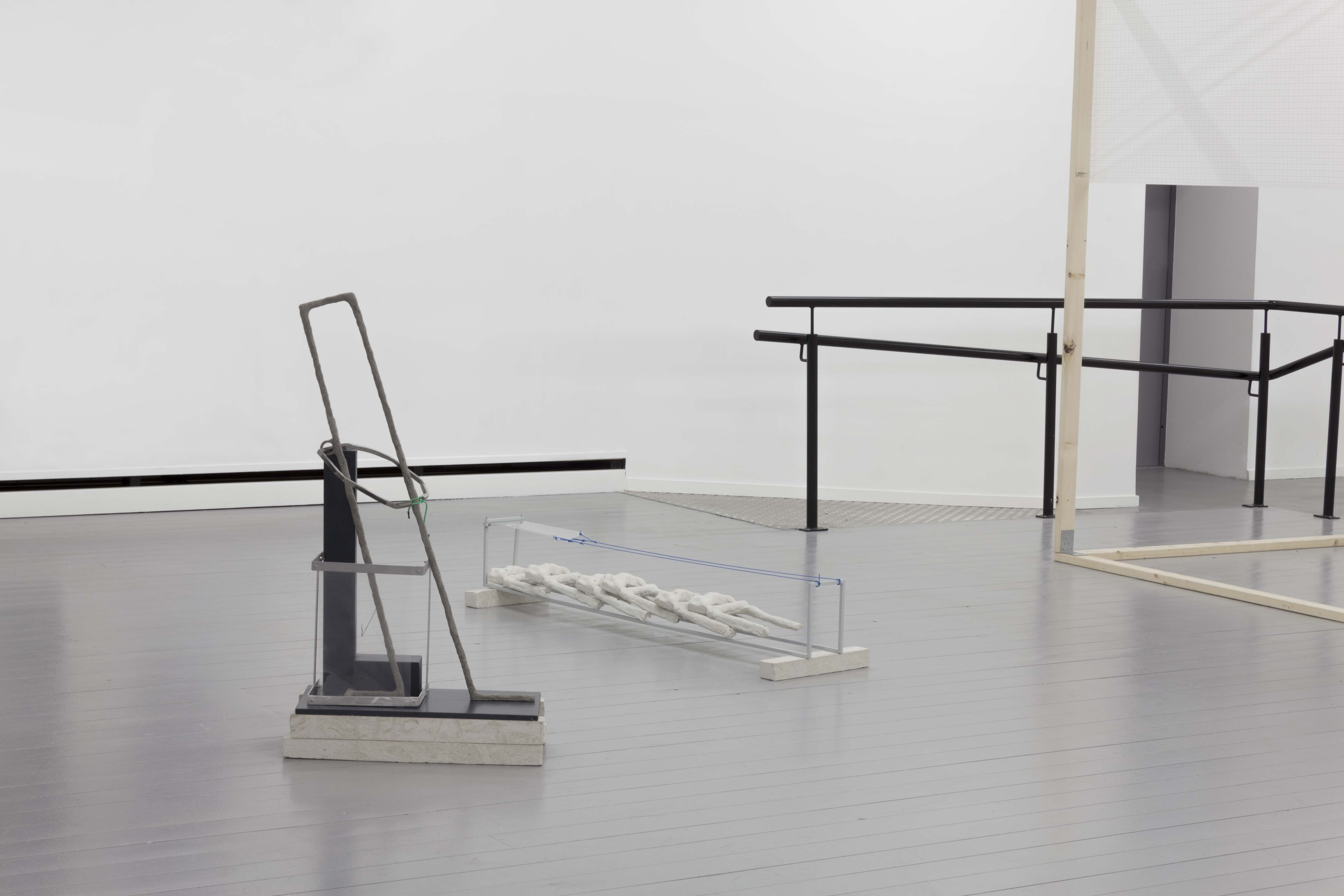 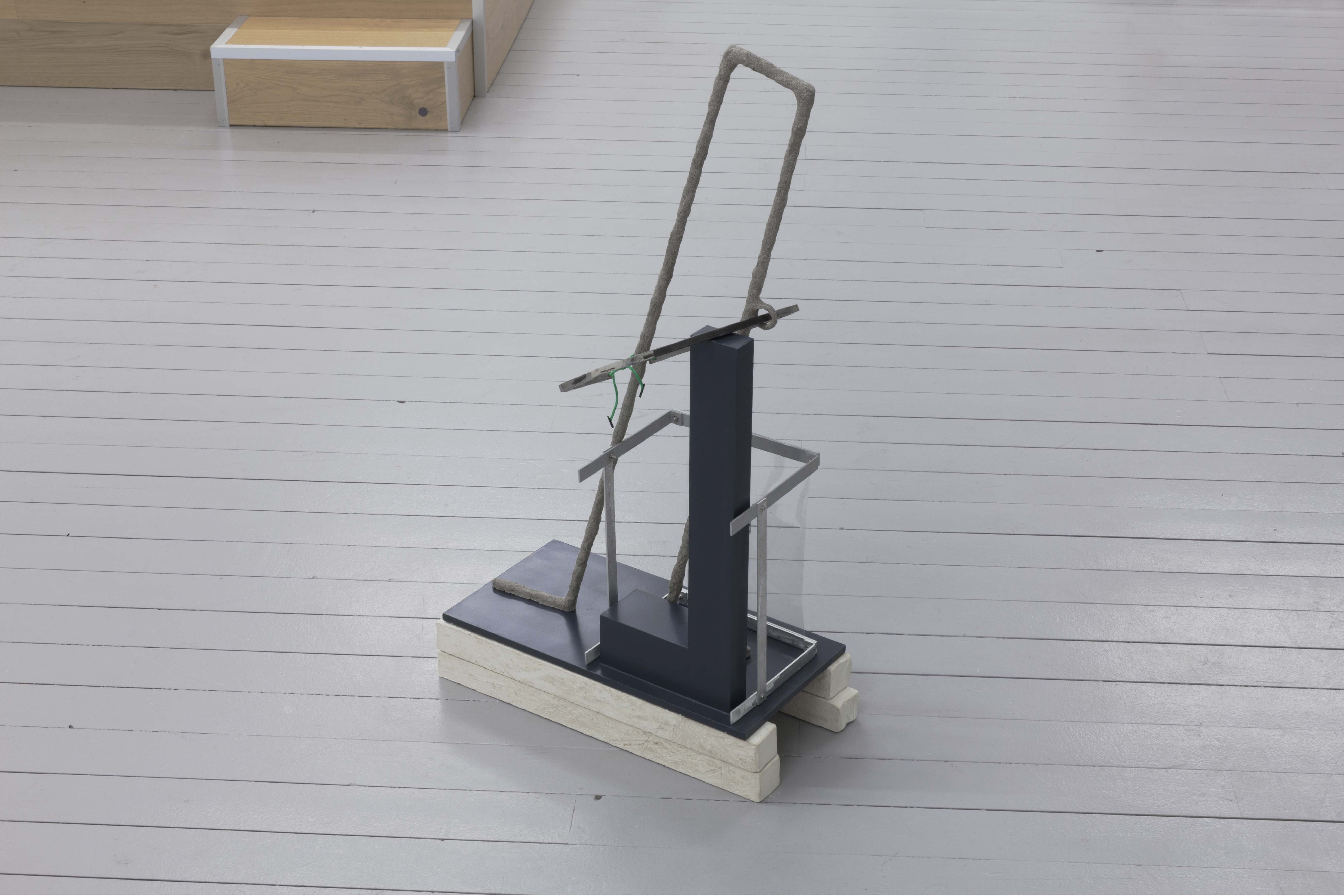 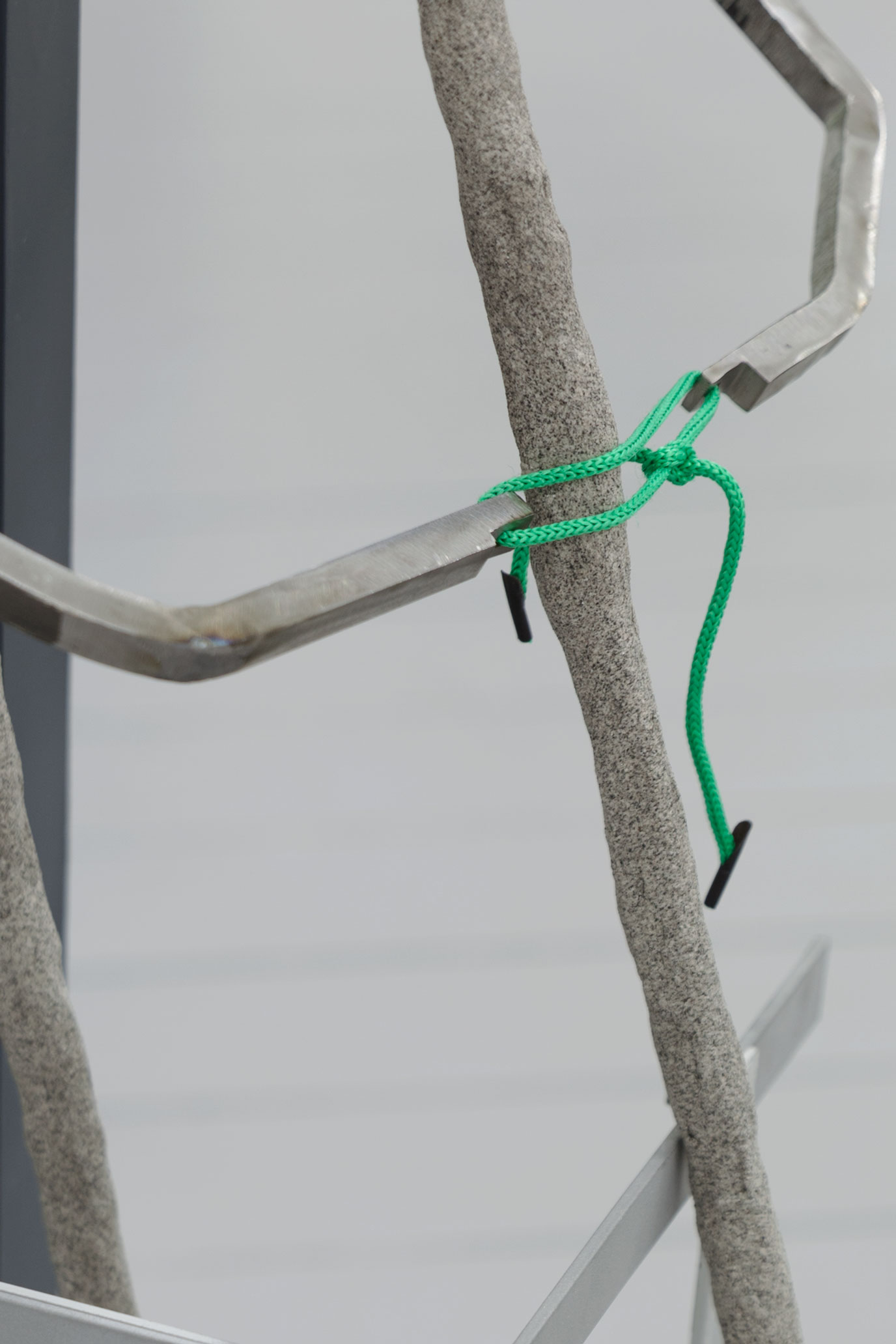 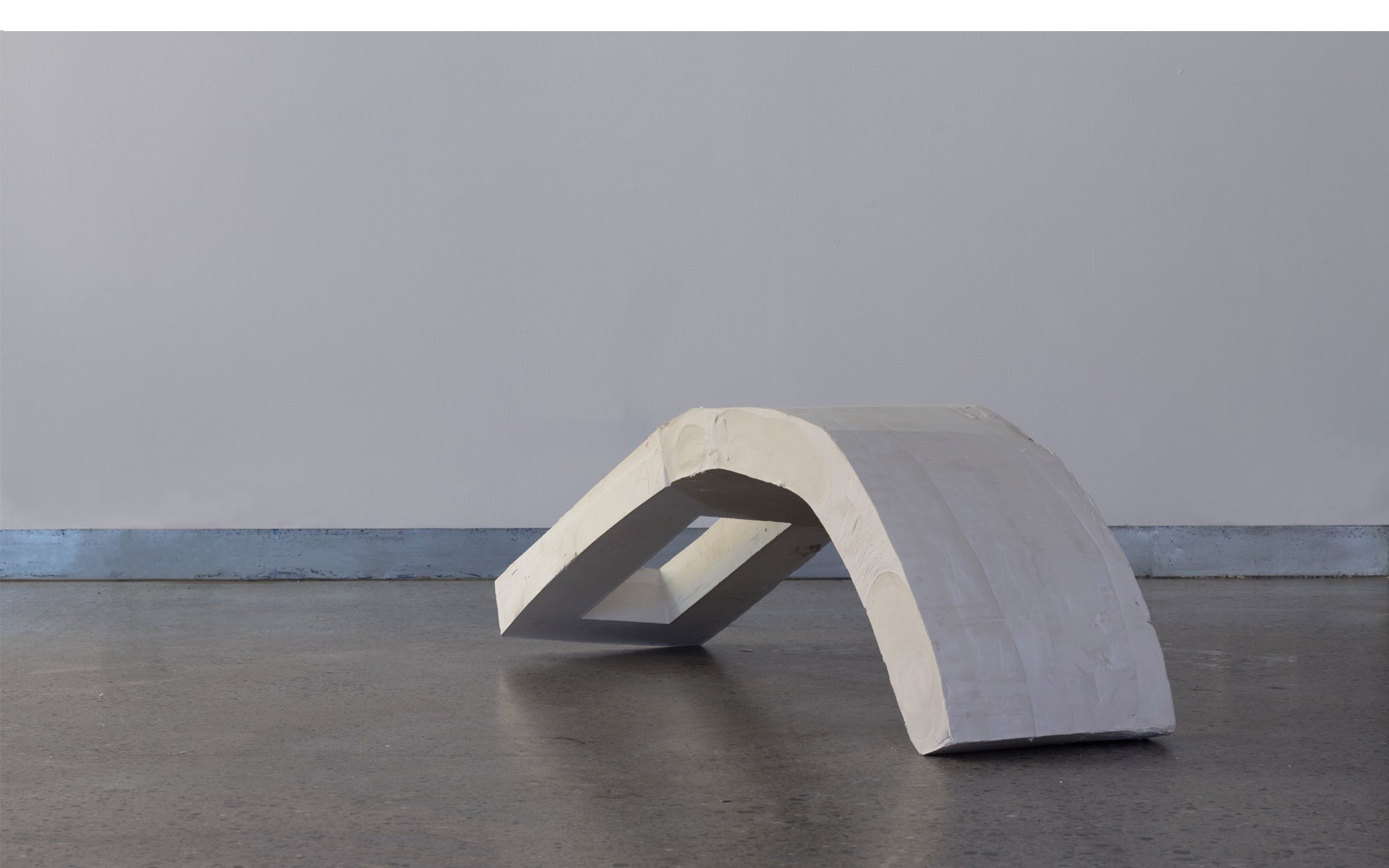